You are here: Home / Poetry / Inpatient Procedure and Poem Written While Waiting for the Biopsy Results 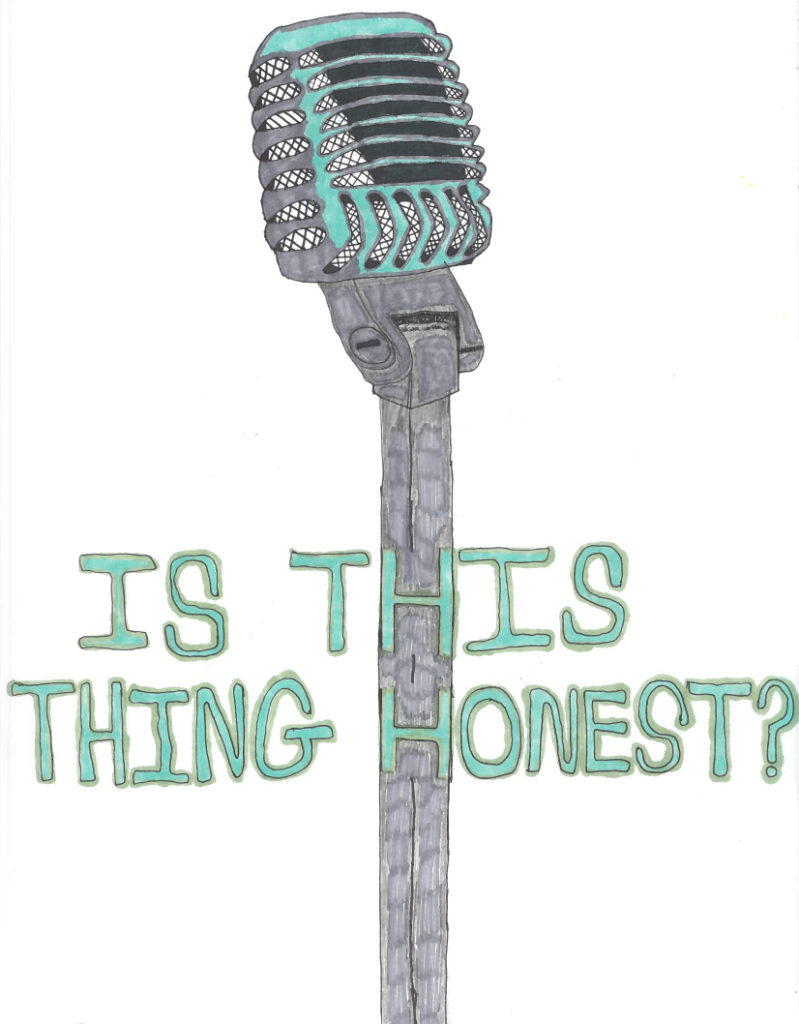 Poem Written While Waiting for the Biopsy Results

Emma Bolden is the author of House Is an Enigma (Southeast Missouri State University Press), medi(t)ations (Noctuary Press), and Maleficae (GenPop Books). The recipient of an NEA Fellowship, her work has appeared in Best American Poetry, The Norton Introduction to Literature, and such journals as the Mississippi Review, The Rumpus, StoryQuarterly, Prairie Schooner, New Madrid, TriQuarterly, Shenandoah, and the Greensboro Review. She currently serves as Associate Editor-in-Chief for Tupelo Quarterly and an Editor of Screen Door Review. Her memoir, The Tiger and the Cage, is forthcoming from Soft Skull Press in 2022.

Is this thing honest?

Raphique Barakat is an Arab-American concept illustrator, editor, and musician born in California with a degree in Philosophy from Fresno State University. A couple of his films have won Best Music Video and Best Documentary from video competitions in his hometown, and has worked on many comedic projects as well. Currently residing in the metro Detroit area, he continues to blend his music, film, and drawings into his art. Raphique is currently working on an album under the moniker Shrinq Mountin.