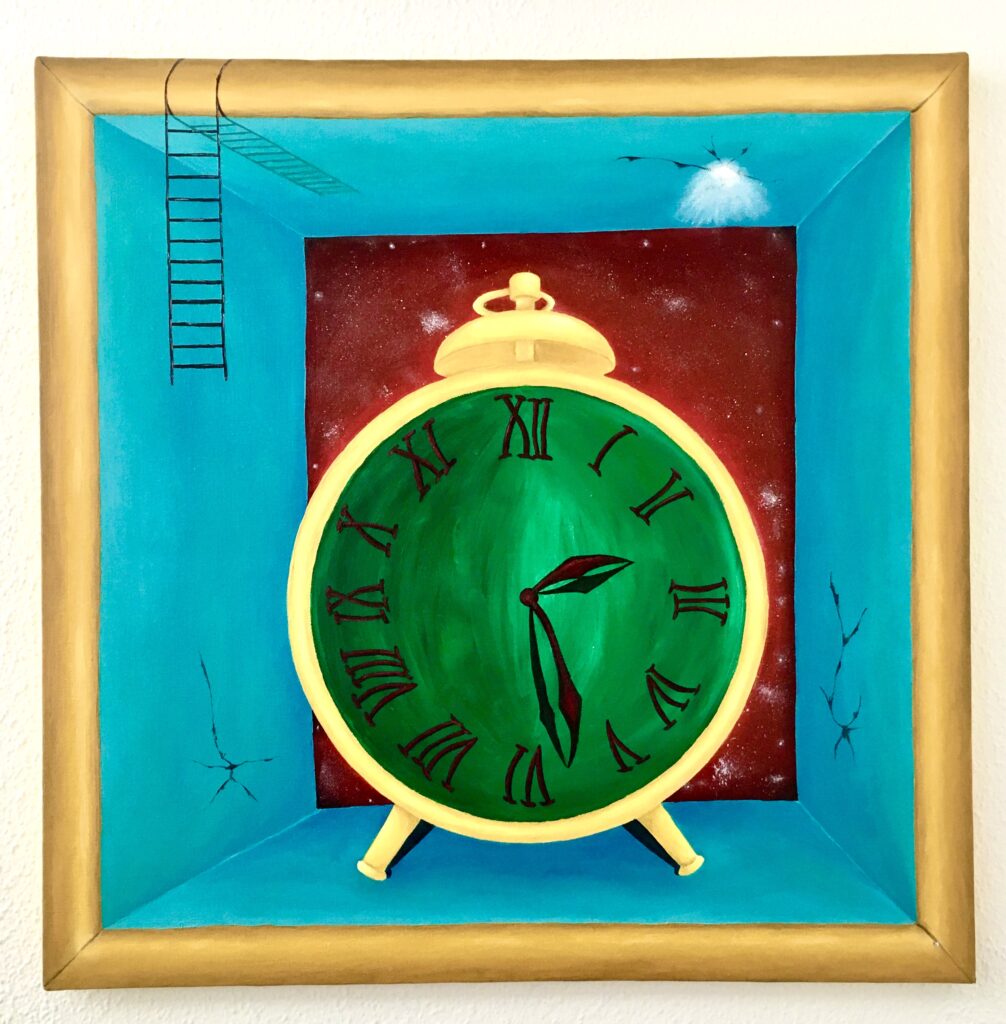 Martins Deep (he/him) is a poet based in Kaduna, Nigeria. He is a photographer, digital artist, & currently an undergraduate student of Ahmadu Bello University, Zaria. He is a Pushcart nominee & a Best of The Net finalist, ’22. His most recent works have appeared—or are forthcoming— in Magma Poetry, Strange Horizons, FIYAH, Barren Magazine, Lolwe, 20.35 Africa: An Anthology of Contemporary Poetry, & elsewhere. If he’s not out taking photographs, fantasizing about reincarnating as an owl in a room he barely leaves, he’s tweeting on a newsboy hat @martinsdeep1.

Margarita Gokun Silver is an artist living in Madrid, Spain. Her work has been exhibited in Spain and in the US and reproductions of her paintings have been published in many art/literary magazines. Fun fact: Deepak Chopra once re-tweeted a visual of her painting to his followers with a comment “I love this”. Find her work at www.margaritagokunsilver.com.