You are here: Home / Nonfiction / The Window 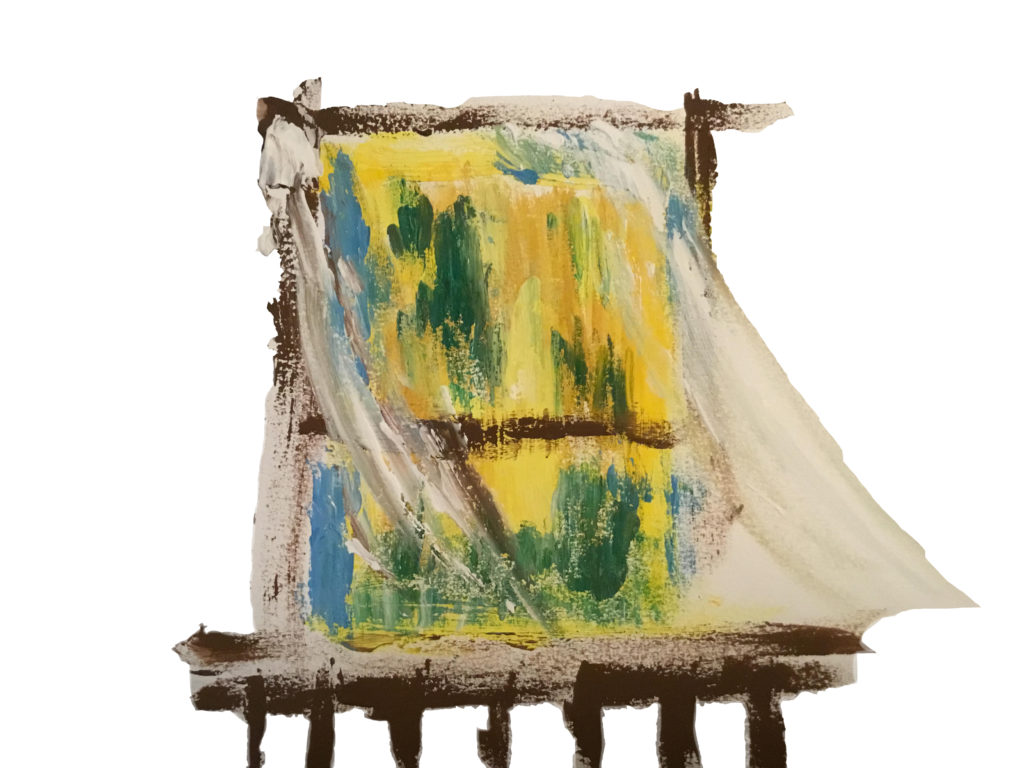 Would not a proper memory of one’s father presuppose a proper father? I’d think so. In the memory I have there is nothing about either it or the father that qualifies as proper. Or usual. As it happens, it is my first-ever memory, one powerful enough to have lodged itself deep into the crevices of my baby brain and body, one to be carried through all the days, years and decades to follow. The thing is, until five decades on, I didn’t know for sure whether or not it was my father.

My mother dismissed this, told me I couldn’t remember back that far.

It had to have been spring. I wouldn’t come to my first birthday for a few more months.

Not just my mother, but others have said that no one can have such a memory, so early.

I am no longer a baby, have lived for many decades now, but it is all there today, as if I still am that baby. In some ways, I still am, my hands gripping the crib rail. Sun warming my face. Seeing the green, the swaying. Feeling the breeze on my face. Smelling the clean smell of that quiet, halcyon morning. Without words then, somehow I knew it was good, all of it, and it still is.

I took pictures that day. Of the window. Of the mostly over-grown yard. Of my father’s ancient sister, his only contemporary left living. As we stood, I described the room to her. Where the door was; the flowers of the wallpaper; the vanity with the three-sided mirror, its kidney shape, the stool tucked into it; the double bed with my crib set along its foot. My rarely silent aunt looked at me, wide-eyed, nodded, said nothing.

I knew from found letters that my mother soon took me away from there when I was ten months old, to live with her sister and family in another state. Where we would be safe. My father, I learned on that summer trip, had been a bombardier in World War II, sent home mid-war battle-fatigued seriously enough to require months of treatment at the Army Air Corps’ mental-health facility in St. Petersburg Florida. He struggled, my aunt had told me, with alcohol and depression and was given to sometime violence, sporadic disappearances. Months before that, buried in a box in my mother’s basement, I’d found some puzzling letters from my father’s family members and read that they’d supported her taking us away from there, from him, that it was for the best. I hadn’t understood until finding his sister.

I know I felt all that because, in the memory I’m told it’s not possible to have had, I feel it.

In memory I live it all again and again, any time I wish. Or when I need to.

Laura Goodman’s writing work has appeared in a number of journals, reviews and anthologies, most recently in Fiction Southeast, the Arkansas Review, Flash Fiction, Westchester Review, Magnolia Review; a novella was the lead piece in Propertius Press’s 2020 anthology. She lives and writes in Boulder, Colorado.

Featured artwork also by the writer: