You are here: Home / Fiction / The Fisherman’s Seven Dreams 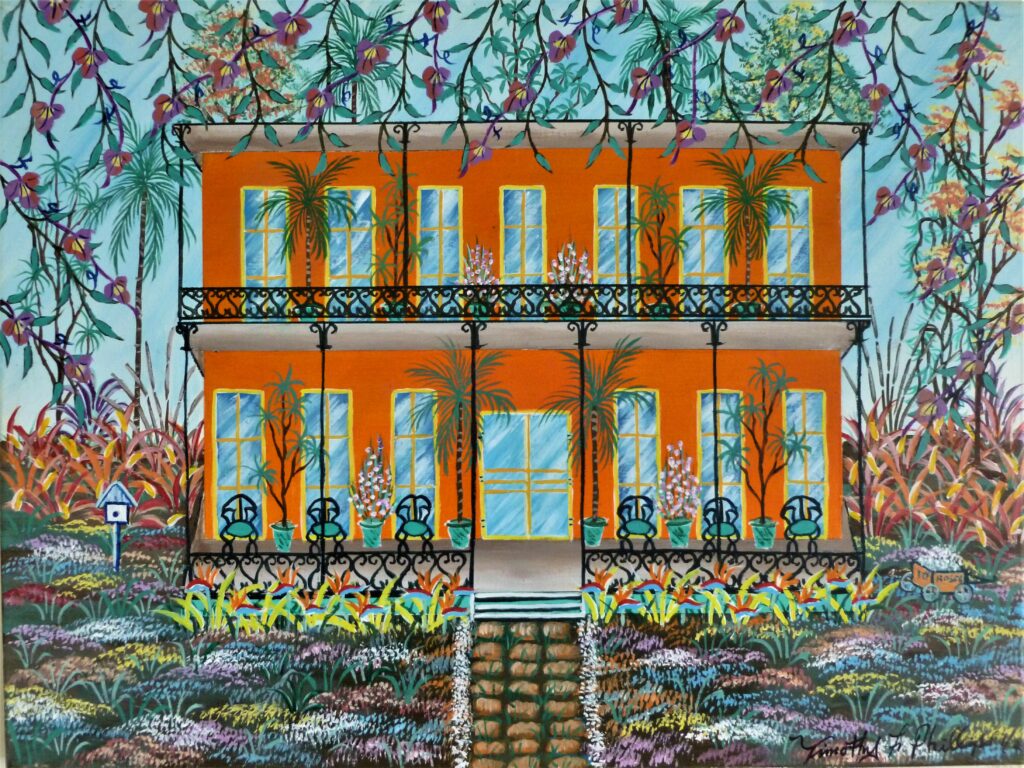 In the first dream, Laxmatte, a fisherman who lives in a small cottage on the coast of Finland, removes Maiju, his plain, broad wife, to a red rocky isle in the middle of the Baltic Sea, where they remain for seven months. He pulls pink salmon in spring, herring in summer, white salmon in fall. On days after a good haul, Maiju chops the head off each fish, smokes their wet red bodies on racks, and wraps them in dried seaweed. Every three weeks, the fisherman and his wife bring the dried fish to market, where, with the money they earn, the pair purchases cheese, butter, coffee, sugar, corn flour, wheat flour, and a rind of bacon for greasing the frying pan. In the dream, Maiju tells her husband of her burning desire to purchase a milk cow, so she can lick butter from her fingers, but they don’t have the money, so he pimps her.

In the second dream, on an afternoon at the end of October just as the sky grows dark, Maiju meets her husband on the shore of their rocky isle to inspect his catch; he has pulled but three fishes and they are flabby, sickly-looking things, dull of eye and crawling with sea lice. These fish are rotten, cursed, says Maiju to her husband, who scowls at her under his wiry, white eyebrows. Above them, the clouds form a dark ceiling lit by strips of lightning, but there isn’t any thunder. At the edge of the land, the red of the rocks look slick where the seaweed grips the cracks and drips wet into the tide. There’s more life in the dead fish between your legs than in these three here, says the fisherman’s wife, but this isn’t enough to upset Laxmatte, for he is an even-tempered man with a plan for every eventuality, and when he takes off her face with the blade of his oar, he does so in cold blood.

In the third dream, Maiju is ten years younger and still a maiden. Her white-blonde hair is thin but curly, and her waist nearly fits between Laxmatte’s paired hands. The fisherman, sliding his neatly folded longline off the planked seat and onto the bottom of his boat says: let’s see what fortune awaits us on the waves.

If the Old Man would give you a net that hauls good fish, we could be married, says Maiju.

Ask any grandmother on the street what happens when, in a dream, a fisherman and the wife he remembers as a virgin, row out to open water to ask the Old Man in the Sea for a net that hauls good fish, and the grandmothers will each—to a person!—change the subject to the shame of rutting goats ruining their garden. There is a reason for this symbolism, thinks Laxmatte, while dreaming. In the dream, a billy goat chewing seaweed opens his maw, from which a spirit spills and rises into the clouds.

In the fourth dream, Laxmatte travels to the mainland, where he indentures himself to a lumber operator. After he ferrets away the supplies he needs, he builds a wooden dinghy with his own hands. He ties her to a post on the shores of the Baltic, christens her Maiju, and gives up labor for good. For thirty years, he sleeps inside of the boat underneath a waxed canvas tarp. Seagulls pelt his body with snails, but Laxmatte doesn’t collect or eat the snails—he doesn’t care for the delicacy. Three hundred years after Laxmatte’s death, small boys who pull away from nannies while walking by the water will be admonished: hold my hand or I will put you to sleep inside of Maiju for the rest of your life! Small boys are intrigued by either idea—a lifetime of sleeping inside of a boat or inside of a woman—and the nannies’ warning has an effect opposite that which was intended.

In the fifth dream, the boat called Maiju, which usually has a fine disposition, encounters on the open ocean a square-rigged barque made from red cedar.

Why don’t I have three masts? complains Maiju the boat to the fisherman. I have always wanted three, but in all these years, you’ve never given me even a single one.

If I give you three masts, you’ll topple over and we’ll both drown, says Laxmatte. Would you care for a figurehead instead?

When the boat agrees happily, Laxmatte carves a woman out of a block of ash—the figurehead has long, flowing locks and bare breasts and holds a snake in each hand. This figurehead is to die for, thinks Laxmatte. He wants to sleep with the wooden woman, but it doesn’t have the right parts, so he affixes the figurehead to the front of the dinghy, which makes it topple over, and they all sink to the bottom of the sea.

In the sixth dream, Maiju’s cow grazes on onion grass, seaweed, and fish heads; her milk produces a pungent cheese that spreads well on toast when young, and develops a firm, pleasant texture between the teeth when aged the full nine months. Maiju has never been pregnant, and while this worries Laxmatte in a general way, he likes the way his wife looks in and out of clothing; such a look would be ruined by a child. When they go to market, he parades Maiju around the square, saying: have you ever seen a specimen so fine? Look at the light she emits! Maiju basks in the attention of strangers until her hair, which is the color of a star, gets caught on a spike protruding from the walls of the monastery. After the monks finish with her, they give her to the orphanage to nurse foundlings.

In the seventh dream, Laxmatte takes his bride in his wooden dinghy out to the open sea. The swells beneath the boat are the sigh of a giant. Here! says Maiju. This is the spot. The anchor’s chain does not reach the ocean floor, and they drift. Maiju sits cross-legged on the bottom of the boat. She folds her hands and says magic words. She plucks three strands of hair from her head and blows them into the gray surf, where they remain individually visible and bright for seven minutes. What are your requests for the Old Man? she asks her new husband, after the hair sinks below.

I would like a milk cow that eats fish heads and onion grass, says Laxmatte.

I would like a cottage with three bedrooms and a single fireplace that opens into both the living and the dining room, so that you can see from one side to the other through the fire.

I would like a house in town for the winter that is close to the marketplace and the tavern, and for the tavern to be stocked with a certain Belgian ale made from strawberries.

If it is not too much trouble, I would like to be admitted at court on the basis of my sparkling repartee and my knowledge of salmon anatomy.

If there is an opportunity, I think I would make a very fine earl. Or a duke. I’m not sure which is of greater importance or rank. I’d like to be whichever is more influential, see?

In fact, says Laxmatte, I am available for a kingship, which I know is hereditary in these parts, but there is always the possibility of revolution, or marriage into such an office.

Or you could just make me Emperor, says Laxmatte.

Thunder cracks the low clouds, The sea bears the odor of a rotting calf.

Yes. Repeat after me: Old Man in the Sea, come listen to me, for Maiju my wife, the bane of my life, has begged me to ask a boon of thee.

Yes, says Laxmatte, and he says the magic words, after which Maiju brains him with the blade of an oar and dumps his body into the water, which she would have done a long time ago, but people underestimate the thrill of sleeping with a man whose unconscious is so rotten.

Barbara Lock is a writer, editor, teacher, and physician. Her work appears in STORY, The Forge, X-R-A-Y Lit, Superstition Review, and elsewhere. There’s more about her at barbaralock.com.

Timothy Phillips is a naive primitive type artist whose works are filled with brilliant and bold colors and fine details. He has been published worldwide, his contemporary works are truly original and creative.